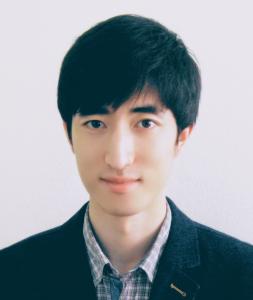 Lei Jiao is an assistant professor in the Department of Computer Science at the University of Oregon. His research has been primarily funded by the National Science Foundation, including via a CAREER award, and the industry. His papers often appear in premier journals such as JSAC, ToN, TPDS, and TMC and conferences such as INFOCOM, MOBIHOC, ICDCS, SECON, ICNP, and IPDPS. He also received the Ripple Faculty Fellowship, the Best Paper Awards of IEEE LANMAN 2013 and IEEE CNS 2019, and the Alcatel-Lucent Bell Labs UK and Ireland Recognition Award. He has been on the technical program committees of many conferences, including INFOCOM (Distinguished Member), MOBIHOC, ICDCS, TheWebConf, and IWQoS. He has also served as the program chair of multiple symposiums or workshops with INFOCOM and ICDCS and as a guest editor of JSAC. Previously, he worked as a member of technical staff at Nokia Bell Labs in Dublin, Ireland and as a researcher at IBM Research in Beijing, China. He received the Ph.D. (Dr. rer. nat.) degree in computer science (Informatik) from the University of Göttingen (Georg-August-Universität Göttingen), Germany, where his research was part of EU FP7 projects.

Lei Jiao researches edge computing and cloud computing as in distributed computer and telecommunication systems, networks, and services. Within this context, his work spans multiple themes: (i) edge and cloud infrastructures; (ii) distributed artificial intelligence; (iii) security and privacy; (iv) energy and transportation; and (v) social networks and multimedia. His research features the utilization of applied mathematics to lead the design and enhance the performance of practical systems. Through theories and principles of optimization, control, learning, and economics, his work involves performance modeling, algorithm design, theoretical derivations, and experimental studies for system efficiency, scalability, resilience, and sustainability.