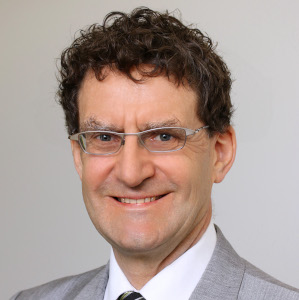 Dr. Allen D. Malony is a Professor in the Department of Computer and Information Science (CIS) at the Unversity of Oregon (UO). Malony received a B.S. degree in Computer Science and Mathematics from the University of California, Los Angeles (UCLA) in 1980. He received a M.S. degree in Computer Science from UCLA in 1982. He received the Ph.D. degree in Computer Science from the University of Illinois at Urbana-Champaign (UIUC) in October 1990. From 1981 to 1985, Malony worked at Hewlett-Packard Laboratories in Palo Alto, California, as a Member of the Technical Staff. From 1986 to 1991, he was a Senior Software Engineer at the UIUC Center for Supercomputing Research and Development (CSRD), where he was the leader of the performance tools team for the Cedar multiprocessor. In 1991, Malony joined the UO CIS faculty, spending his first year as a Fulbright Research Scholar and Visiting Professor at Utrecht University in The Netherlands. Dr. Malony was awarded the NSF National Young Investigator award in 1994. In 1999 he was a Fulbright Research Scholar to Austria resident at the University of Vienna. Dr. Malony was awarded the prestigious Alexander von Humboldt Research Award for Senior U.S. Scientists by the Alexander von Humboldt Foundation in 2002. He was promoted to Full Professor in 2004. In 2016 Malony was named as the Fulbright-Tocqueville Distinguished Chair to France, and in 2018, he won the Fulbright for the Future award from the Franco-American Fulbright Commission. He is the Director of Oregon Advanced Computing Institute for Science and Society (OACISS), an institute dedicated to advancing HPC in domain areas across the university.

Dr. Malony's research interests are in parallel computing, high-performance computing (HPC), parallel performance analysis and tools, environments for computational/data science, and neuroinformatics. He has published over 280 peer-reviewed papers in these fields. Malony oversees the TAU project, which develops the TAU Performance System, an open-source integrated toolset for parallel performance measurement and analysis, primarily for HPC environments. TAU is widely used in HPC centers and at the DOE national laboratories. He is the CEO and Director of ParaTools, Inc, a company started in 2004 with Dr. Sameer Shende, who is the ParaTools President and Director. (Dr. Shende is a Research Associate Professor at the University of Oregon and Director of the Performance Research Lab in OACISS.) ParaTools consults in high-performance computing and performance tools.