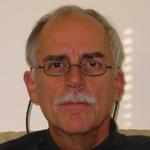 With an undergraduate degree in general Engineering from UCLA, followed by a computer science masters with a specialization in computer graphics, and Ph.D. in EE & CS (Artificial Intelligence and perceptual psychology, specializing in vision) from MIT, Stevens has a broadly interdisciplinary background. Engineering entered early in his undergraduate studies and in a variety of projects at Caltech/JPL, in virtual reality and flight simulator facilities, and computer vision projects. Regarding computer science, graphics has been a constant fascination (starting with co-inventing the original Fisheye Transform under Prof. Leonard Kleinrock) and remains central to his research (e.g., in creating psychophysical stimuli for studying visual processes, which started under MIT's late Prof. David Marr, and now as a means to visualize dinosaur bio-mechanics). His interest in human vision has led to a US Patent (measuring metamorphopsia, often associated with macular degeneration).

With collaborators, Stevens is engaged in helping forge an interdisciplinary link with the field of vertebrate paleontology. Paleontology benefits from the application of digital technology in the visualization of extinct animals, using what is known about extant analogues to extrapolate to animals that are known only by their fossils.
Initiated in 1994, the DinoMorph. project in Stevens' laboratory is developing a means to create scientifically useful yet simplified digital models of dinosaur skeletons. Dinosaurs are traditionally reconstructed either by physically mounting specimens, or by artists creating two-dimensional artwork, both of which have limited scientific value (e.g., for studying posture, joint range of motion, movement, behavior). Digital models, carefully based on original 3D source material and constrained by current biomechanical knowledge, are helping lay the groundwork for reinterpreting dinosaur biology.